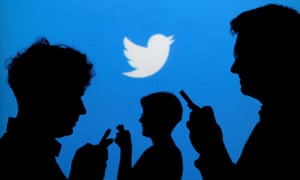 Back when I was a student in 2002 (or was it 2003 – my memory’s a bit hazy) , a meeting of around 150 students at the Leeds University Union passed a motion which meant The Sun newspaper would, based on its stance on the invasion of Iraq, no longer be available to buy on campus, for any of the 20,000 students who were based there.

Power to the people! Whoop, a victory for democracy! Hmm… just an incredibly unrepresentative one.

Twitter didn’t even exist then but I guess this was an early example of what in today’s parlance we’d call ‘cancel culture’. Yep, the strident opinions of a noisy, activist few affecting the consumer choices of a large, generally not-very-engaged majority. Sound familiar?

I don’t want to get into anything approaching the rights and wrongs of wokeness, trans activism, Black Lives Matter or anything like that. But as an industry professional I’m really interested in the dominance of social media in our news landscape.

A couple of weeks ago the BBC announced a commitment of £100 million of its TV budget to more creative diversity. To me, the Beeb seems pretty diverse already but still, I’ve got no fundamental problem with a broad church. Variety’s definitely the spice of life.

What upsets me more is that it came just a few days before the news that it was axing 450 jobs from its regional programmes, to save £25 million.

So let’s get that right. £100m out to increase diversity, £25m in… to do what, exactly? Only to more poorly represent the regional communities which help to pay the licence fee, surely?

All this at a time when regional newspaper companies like Reach Plc are set to cut 550 roles around the UK – seven from the newsdesk at my old paper the Bristol Post alone (how it will manage that, I have no idea) – and Newsquest is probably set to do something similar.

The irony that the BBC has reported this move by the newspaper groups (and itself, to be fair) as a ‘threat to democracy’ should be lost on no one.

Now, how does this all relate to Twitter? Well, I remember thinking when TV journalists started using their iPads to canvass public opinion, that it was at best a slightly lame attempt to be trendy and youthful and, at worst, really lazy journalism. The fact that “what people are saying on Twitter…” could become a story in its own right seemed then, and still does to me at least, really bizarre.

Part of the truth, however, is probably that with falling advertising revenues, the 24 hour news cycle and reduced staff numbers, all media are under pressure to produce huge volumes of content quickly and effectively. Social media becomes an easy way for them to do that. And if we don’t like it, we don’t read it or watch it and we choose to go elsewhere for our news.

However, in the case of Auntie – who is publicly funded, of course – well, she’s in our living rooms and on our radios whether we like it or not. And her desperation to appeal to the youthful audience results in her offering somewhat sinister primacy to ‘those who tweet’… at the expense of those who don’t.

The problem with this is that our national broadcaster paradoxically becomes increasingly less representative of the nation at large, not more. Even my dad has become pissed off with the BBC recently and he’s a proper stickler for tradition. Combine that with an existential requirement to compete against rival broadcasters for eyes and ears – common battle tactics of course being the age-old journalistic tactics of emotional hysteria and sensationalism – and mainstream media risks perpetuating divisions in our country at a time when we need unity and a common sense of purpose more than ever.

Anyway, anyway… what should this mean for your business? Well for starters, many of the business owners I speak to (mainly in a B2B context) recognise perfectly well that most of their customers, staff or supply chain – the audiences they need to be in touch with – don’t go near Twitter. Fact is, despite it’s apparent prominence it’s a channel used by a tiny minority of people – mainly the media, celebrities and those fixated on such matters. So if you’re a business-to-business company, there’s not much point in funnelling marketing resources into a medium which is not representative of your key audiences.

However, as many recently cancelled/no-platformed/career-ruined public figures (JK Rowling, David Starkey, Nigel Farage, even Rebecca Long-Bailey) can testify, put a foot wrong publicly and things can spiral rapidly out of control, even if you don’t think you’ll be affected.

So how to deal with it?

Well to be honest, much as I despise the concept of kowtowing to Twitter activists, if things go pear-shaped on social media you’re best off toeing the ‘approved’ line and waiting for things to blow over, rather than sticking up for what you may actually believe in (unfortunately, not all of us have the deep pockets that the creator of Hogwarts has at her disposal). Put out a statement, move on. Pick your battles.

Nope, Twitter’s not the medium to try and have a fight on. People talk a lot about hatred, intolerance and toxicity these days – sometimes it can seem that the most vocal supporters of ‘tolerance’ are the least open to having their views challenged. And as I’ve discussed, Twitter’s so unrepresentative of the population at large that, on balance, as a B2B organisation you’re best off ignoring it altogether. There are so many other media to tap into as ways to get your message across – traditional ones, LinkedIn, your sector publications.. all sorts, really, and all perfectly well-read, too.

If you’re nervous about dipping your toe into the shark-infested waters, hopefully that’s clarified the basis of what should be, in my mind at least, a sensible approach. And in the meantime, what I really object to – and what I’ll do my bit to influence, where I can – is the lack of accountability that the media seems to take in perpetuating these rifts between the newly-‘woke’ and those, like me, who always considered their eyes and minds to be open anyway. Do your work properly please, press people. There are millions out here who don’t use Twitter and we’re where the real action is happening, if you’d care to look for it.