changing the game for pharmacists

Invatech Health is an established business which had spent several years developing an exciting new piece of software for the pharmacy sector – an end-to-end Patient Medication Record (PMR) system for pharmacists which could save time, improve accuracy and safety. Crucially, it enables pharmacists to spend more time consulting with patients thereby adding new revenue streams to the business, freeing up time for GPs and potentially easing the burden on the NHS.

When the product, called Titan, became the first new PMR in more than a decade to receive accreditation from the NHS, we were called in to help publicise the news and promote the product, working closely with the marketing department to maximise exposure.

We also supported Invatech’s other main product – a system for care homes called Atlas – when they won a major contract. 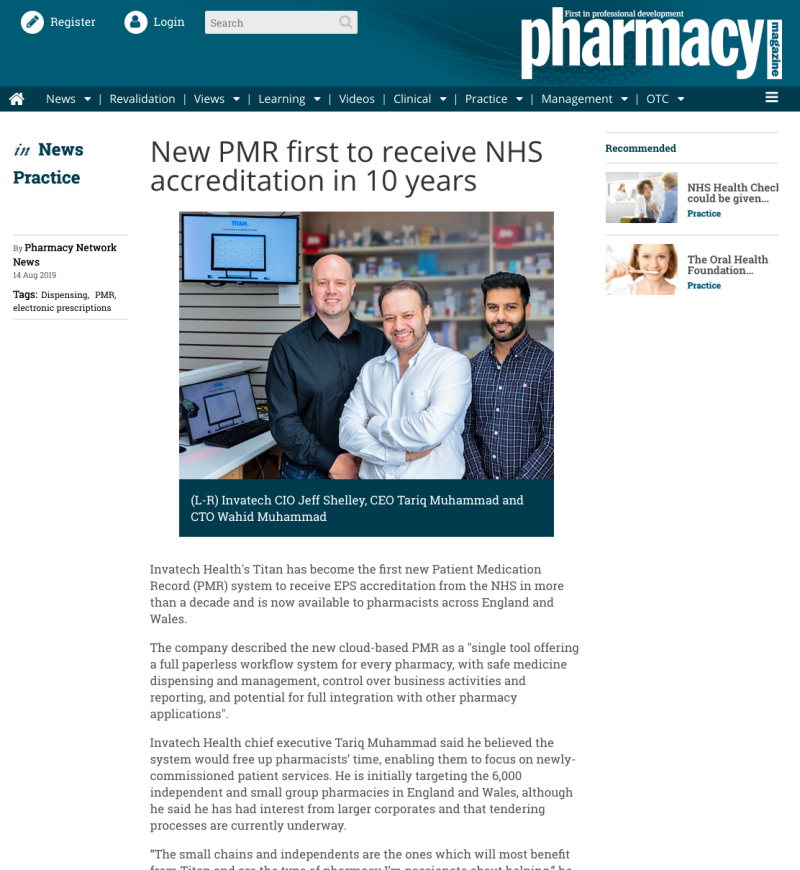 This was a completely new sector for us but we quickly formed relationships with key target sector press, as well as using our strong regional contacts to generate significant launch press coverage. 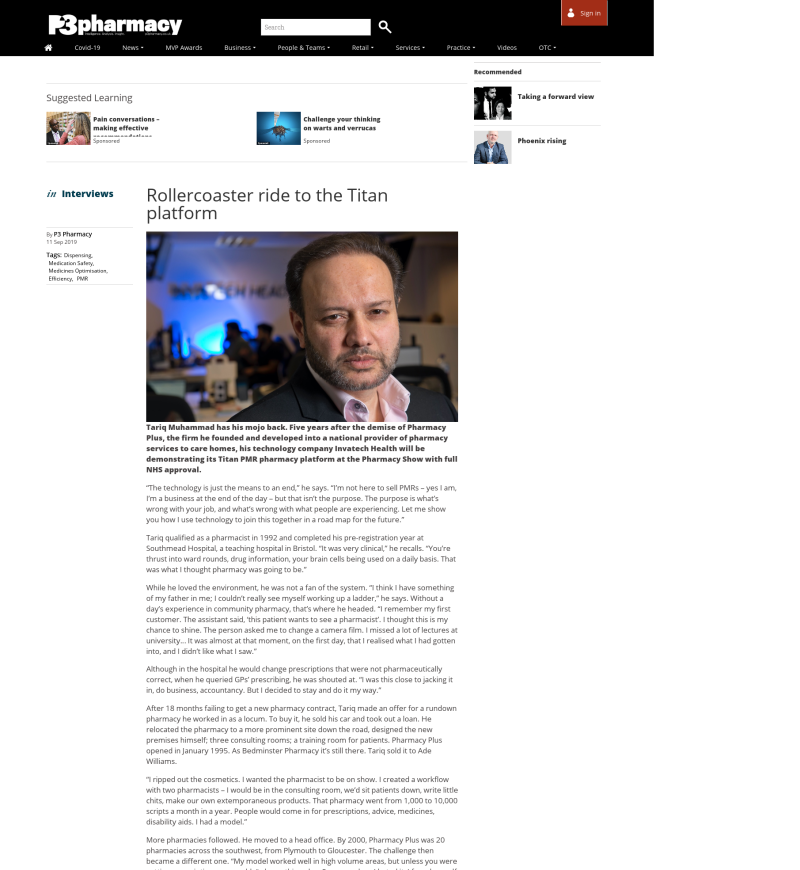 We set up interviews with editors from key titles, ghostwritten articles on behalf of company directors and supported social media campaigns with quality content. 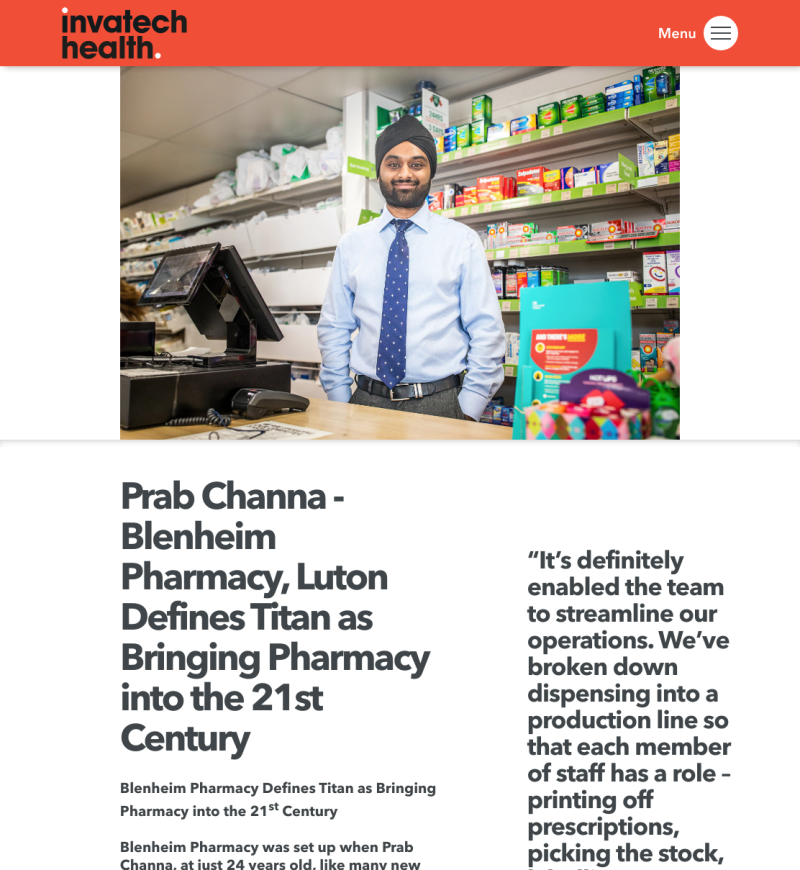 We also supported the marketing department by writing case studies for the website and for use in wider promotion – on social media and at trade shows – using a journalistic mindset to generate story ideas and make the material compelling. 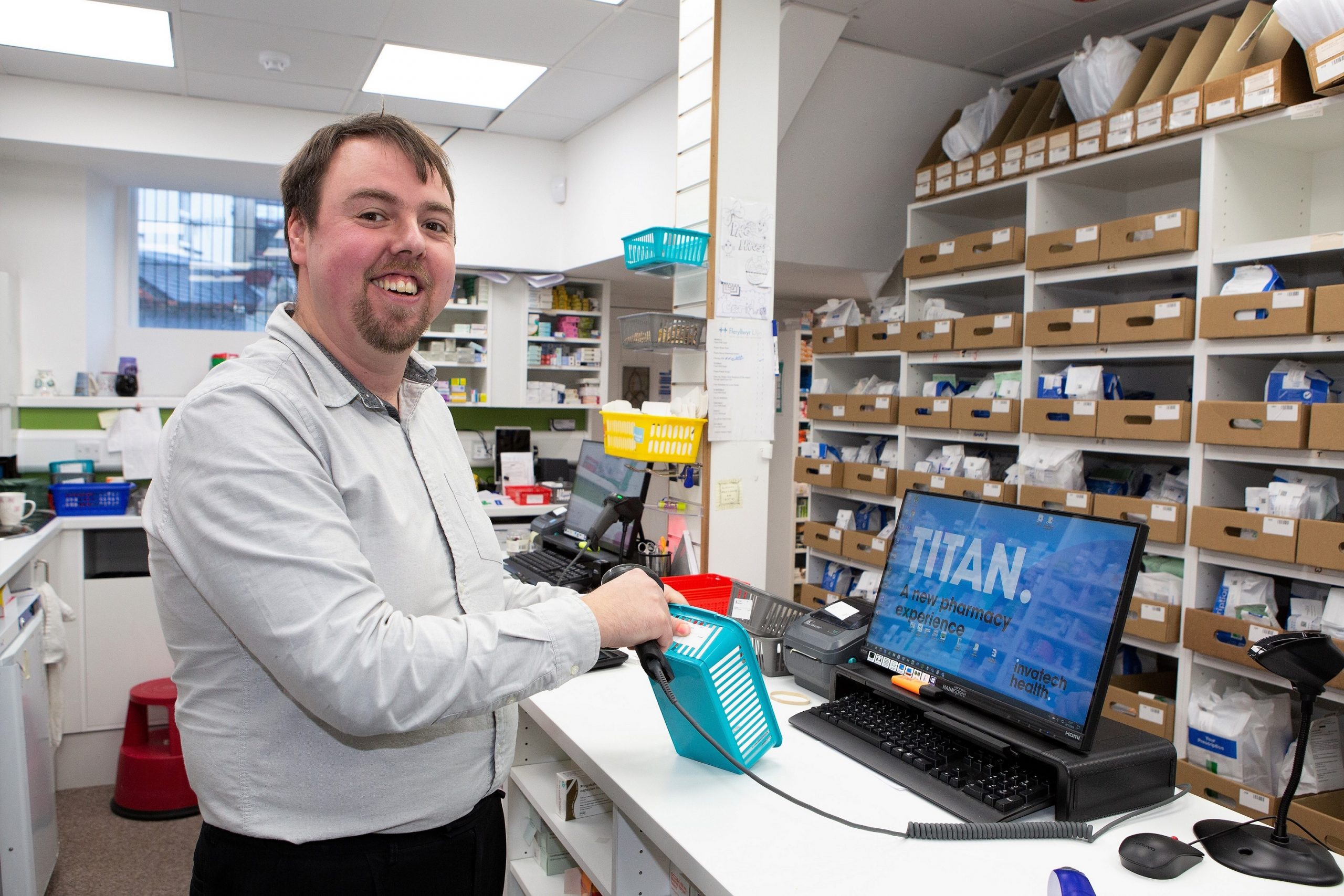 Sourcing quality photography at a reasonable price in a geographical area in which you’ve never worked before is hard to do. We found great people and negotiated fees with photographers from across the UK, providing quality imagery of Invatech and their clients as well as local independent pharmacists.

Titan had one key market – independent pharmacists. We sold the story into all the leading pharmacy titles and secured coverage in every publication. This was one of several articles.
read it 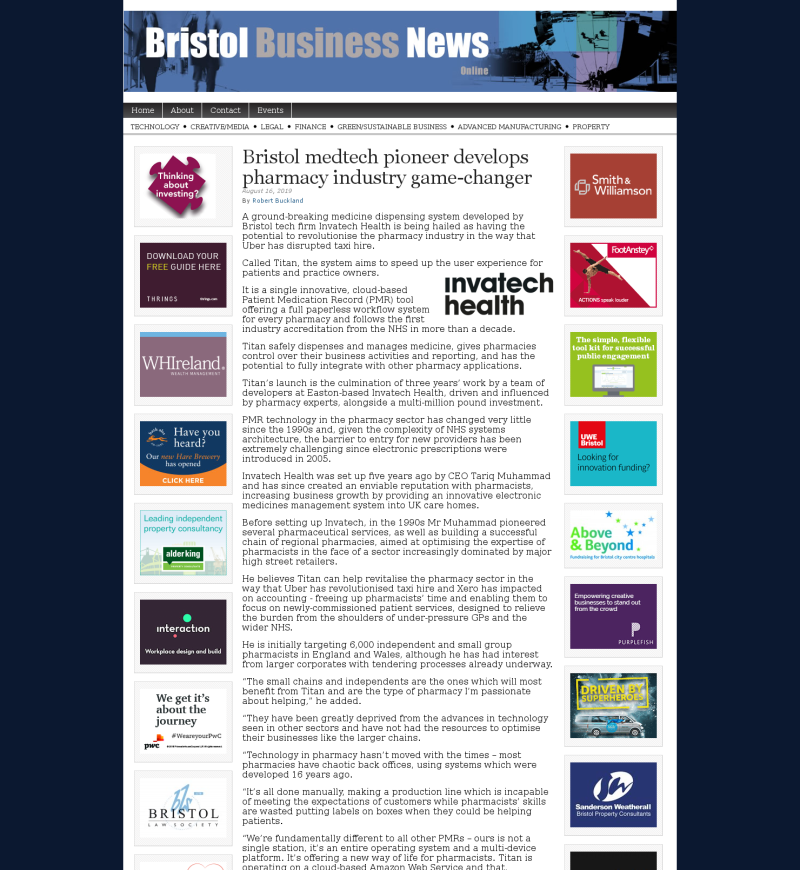 The news of Titan’s NHS accreditation was also significant business news in Bristol – a highly innovative company with a team of developers and coders, creating a disruptive and game-changing software right in the heart of the city. Regional press is well read and has powerful SEO potential, so is always worth doing.
see the article 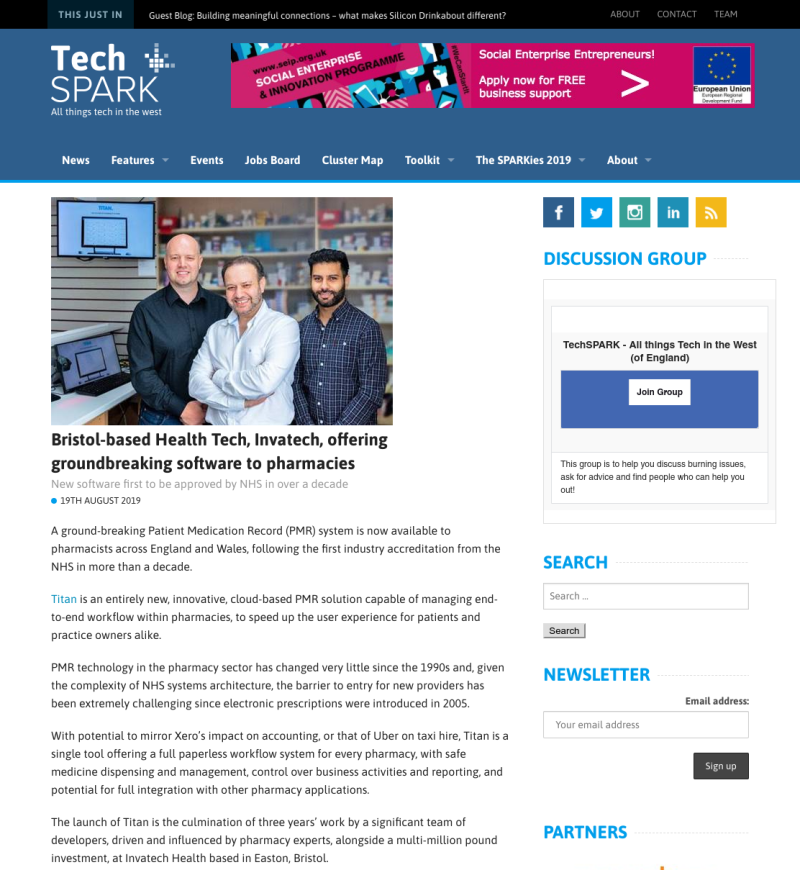